Our weight training articles focus on the basics. By basics we mean the basic weight training principles which can be used on basic gym equipment. The reason we stick to the basics is because they work! You don't need to have fancy gym equipment to get results. Just a basic home gym, with a good diet and training routine and you will build strength and or size! 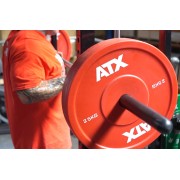 Biceps seems to be a favourite muscle group to train, especially amongst those aspiring bodybuilders who want to build an impressive physique. Hence why the market is saturated with special harnesses, wraps and machines which are promising to give you a pair of 21-inch pythons in only six weeks.Trut..
Read More 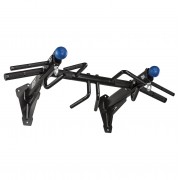 Do not be fooled, the simple chin-up bar can outperform some very expensive and complicated back machines. If done with correct form, pull-ups can be the best exercise you could do to have a well-developed back.It activates a ton of different muscle groups and even allows you to target a specific ar..
Read More 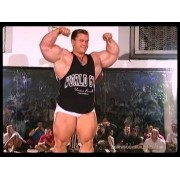 The fans have spoken and Lee Priest has delivered, here is his first MASS PROGRAM. Below are all the secrets from Australia's best bodybuilder on how to pack mountains of muscle on to your physique. Whip yourself up a protein shake, sit down and take notes. Your journey to building your dream p..
Read More

Drop Sets are for POSERS! 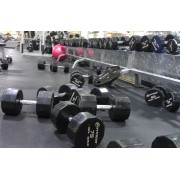 What I am talking about is the type of guy who drives to a nightclub, so he could take a pair of dumbbells in the boot of his car. Just like a leaking tire he must keep pumping to maintain his size. Don’t be this guy! I know there a lot of you out there, so I know I have got your attention. Listen ..
Read More

30.08.2018  •     Weight Training Articles
Recently I participated in the Campbelltown Open 2 which was held in Adonis Athletics Campbelltown. I was gutted with my performance. To put it simply, I did not meet the expectations that I set for myself. As part of the healing process, I thought I would sift through the bones and work o..
Read More

29.08.2018  •     Weight Training Articles
I have been busted by the Form Police! Just recently I’ve posted a video update of my training progress. While the weight might seem impressive for some of you (190kgs). The form wasn’t. I completely understand why I received the critique. My glutes lost contact with the bench, so the lift would hav..
Read More

18.07.2018  •     Weight Training Articles
Powerlifting If cheesecake, lifting heavy weights and no cardio sounds like a dream to you then maybe Powerlifting might be the strength sport you have been looking for. We don’t need to starve ourselves like bodybuilders! Although that doesn’t mean all powerlifters are fat. ..
Read More

12.07.2018  •     Weight Training Articles
For the uninitiated, it might not seem like much. But for those of us who have toiled on the Iron for years, they are gifts from the Gods. 175kgs The Hard Way! The first part of the video shows a lift I completed at the start of my preparation for the World Bench Championships. It was 175k..
Read More

08.03.2018  •     Weight Training Articles, Gym Equipment Articles
Some say that smith machines are great for you and others are clinging on to the belief that they are the worst thing that happened to weight training in human history. Instead of listening to the self-proclaimed fitness experts, here is my take based on my training for the 2018 Bench Press World Ch..
Read More 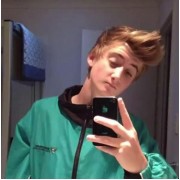 A 15 year old boy from Brisbane Queensland has tragically passed away after being trapped under a barbell. It is just so heart breaking to see such a promising life ended so young. But when someone loses their life in such tragic  circumstances, it's important we learn from it to avoid it ever happening again. But in doing so, we must make sure the action is balanced and rational, not a bunch of media hype and knee jerk reactions.